BRCA And Me: Genetic Testing That Changed My Life

When I finally decided to get genetic testing, I had no idea it was only the beginning of my journey. Read how this decision and unbelievable results changed my life.

To test or not to test for BRCA?

I’m not ashamed to admit that I was once opposed to genetic testing. I remember being in a heated discussion on a web forum (yes, it was that long ago) and fiercely defending my position on why I wouldn’t want to know. I would now like to make a sincere apology to everyone on the other side of that argument. 10+ years later I’m ready to admit I was wrong. Or better yet, I changed my mind. With age comes wisdom, they say.

First time I considered genetic testing was right after my sister’s breast cancer diagnosis (and before the public learned about Angelina). Based on everything I read, I knew the possibility of her cancer being genetic was tiny. She was the first in our family to get sick, our mom is 60+ and healthy, all our grandparents were over 80 when they died. It was more probable that her cancer was due to stress and other causes rather than genetics.

This is also the main reason I put it off for so long. Everyone was telling me her cancer wasn’t genetic, including her. The chances of me getting it were still higher than usual because one close relative had it at a young age, but nothing to worry about as long as I remained vigilant, do regular self-exams, and had regular doctor’s appointments.

I had this weird feeling, but I was at a point where I didn’t trust my instincts when they were negative. If I had, all this could already be behind me, and my sister might still be alive. Oh, the what-ifs …

In the next five years, there were times I got very close to getting tested but never actually went through with it. Not until we were sitting with my sister’s doctor telling us there is nothing more they can do for her. That was the turning point. At that moment I decided I wanted the test – NOW.

The road to genetic counseling

Of course, it doesn’t work that way. Here in Slovenia, our basic insurance covers everything from genetic counseling, testing, and preventative measures. But the wheels turn slow. Especially for someone like me, with very low risk.

Usually, they test the cancer patient first and if they are positive for any kind of mutation, close family members can get tested. This was not the case with me. My sister refused the test right in the beginning when I first brought up the subject. Because she didn’t want to know and I did, I was the next in line.

My GP referred me to the Institute of Oncology Ljubljana and their department for genetic counseling. They are the only ones in Slovenia doing genetic testing. And then the process began.

I had to complete an extensive questionnaire about my family history and then I waited. About five months after I’ve submitted it, I received an invitation for genetic counseling…in seven months! So a year after deciding I wanted to get the test, I was finally one step closer.

The only thing I was nervous about was the fact that they could say no. No to the test.
When you go into the office for genetic counseling, you don’t even know if you’re getting the test. The doctor explained the risks, my family history, and how it could affect me. I remember through that entire conversation I kept thinking “please, give me the test, please give me the test”.

There are no guarantees though. The choice is actually up to a team of doctors from different departments, who weigh the risks of the disease and the benefits of genetic testing for each individual. Not everyone gets it. And I was afraid they would reject me because my sister was the only one with breast cancer in our family. That was the only thing I was afraid of in this whole process. 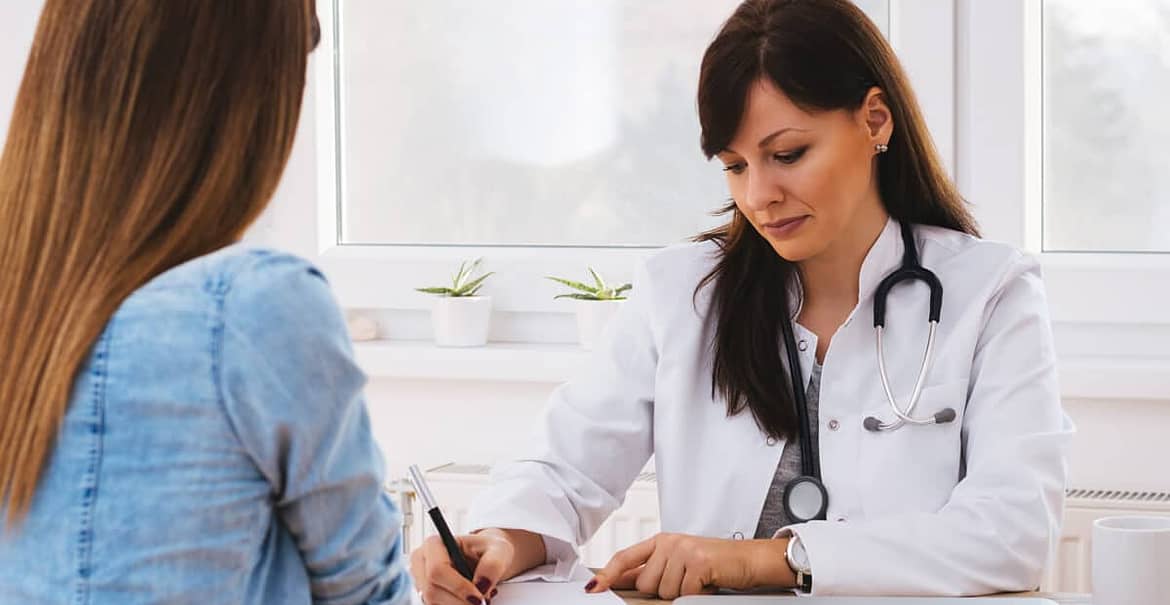 But it turns out there were a few things to consider. My sister’s age at the time of diagnosis (38), her type of cancer, and the fact our family is small.

When the doctor said I needed to sign a few papers I was in disbelief. I was getting the test? Yes! It turns out that although my chances were small, they decided to air on the side of caution. There are no words to explain how happy and grateful I am for that. I signed a lot of forms and it was time for me to go get tested.

It took so long that the test itself was almost a letdown. Only me, a nurse, and a big needle. Actually, I don’t know how big the needle was, since I never look at them, but it felt big. That was it. They took my blood, I went home and the wait started.

Everyone was asking me if I’m scared of the results. No. Whatever happened, I knew what I wanted, which way I would go. Because of that, the wait wasn’t scary or anxious, but it was annoyingly long. They never tell you the results on the phone or in a letter, you have to come in and they tell you what they found out. Even if it was nothing.

Almost three months after the blood test I received a letter, telling me my genetic counseling (part two) was scheduled two months later. That seemed so long. Again, no nerves, nothing. I’ve spent so much time preparing for what I would do if the results were positive, that I had to remind myself they were most likely not.

The night before my appointment my mom asked me if I was nervous. Nope. And how I would feel if the results come back positive? Shocked. That was my answer – shocked.

Not that I was going into it prepared for one outcome only, I was prepared for anything. But I’m an analytical person. And statistics told me chances were minimal. It’s not like I had my mom, grandmother, and aunts dying from cancer, like some other BRCA carriers. There was one person in the entire family – in generations.

Then the day came. I was doing fine, I’m always fine as long as I know what’s the end game and I had that planned out for years. As I said, I knew there was a chance. A very small chance, but still.

Walking into the doctor’s office I felt nervous excitement more than anything. I wasn’t scared, or concerned, or worried. At this point, I wanted to know. Whatever the news was, I was ready. I was happy to see it was the same doctor as before – a sense of familiarity helps in these situations.

She was nervous but I didn’t pick up on that until she handed me a piece of paper with shaky hands. She said: “It looks like it was a good choice you decided to get tested.” WHAT??? And there it was. BRCA1 in bold, no way to miss it.

I was shocked (I totally called that one). I stared at that piece of paper and couldn’t say a word. I told the doctor I’m shocked and can’t find any words and she said it’s understandable and that she felt the same way. Even she was sure my results would be negative. But they weren’t.

When it finally sank in, the anxiety started. How the hell am I going to tell my parents? And my friends and everyone who knew I got tested and are going to ask me about it. That was the worst thing for me. I was ready for this outcome for years. But what about the rest of them? I wanted to stay in that office and not face the world.

After BRCA: what comes next

After learning you have a mutation in the BRCA gene you have three choices:

If you’re not sure you’re ready for surgery, you can decide to follow an early detection plan – different tests and screenings are usually performed every six months.

They can include MRI, mammography, and ultrasound for breast cancer and transvaginal ultrasound and tumor markers for ovarian cancer. You can change your mind and decide to have surgery at any time.

Preventative surgery means a bilateral mastectomy (removal of both breasts) with immediate or delayed reconstruction (if you so choose) and removal of fallopian tubes and ovaries to minimize the risk.

You can read more about what is the BRCA gene and how a mutation affects its carrier in 11 facts you need to know about BRCA.

The doctor knew, from our previous conversation, which way I wanted to go and started setting me up with appointments. She knew I wanted to have a bilateral mastectomy with reconstruction (that was the plan at that point). And to have my fallopian tubes removed (I wanted to keep my ovaries, but that’s a story for another time).

I didn’t think I needed either. 1. I decided I don’t want kids a while back. And 2. I felt emotionally stable apart from the original shock, which was completely normal. I might still go see a psychologist if I ever feel like I need it, but no thank you for IVF. 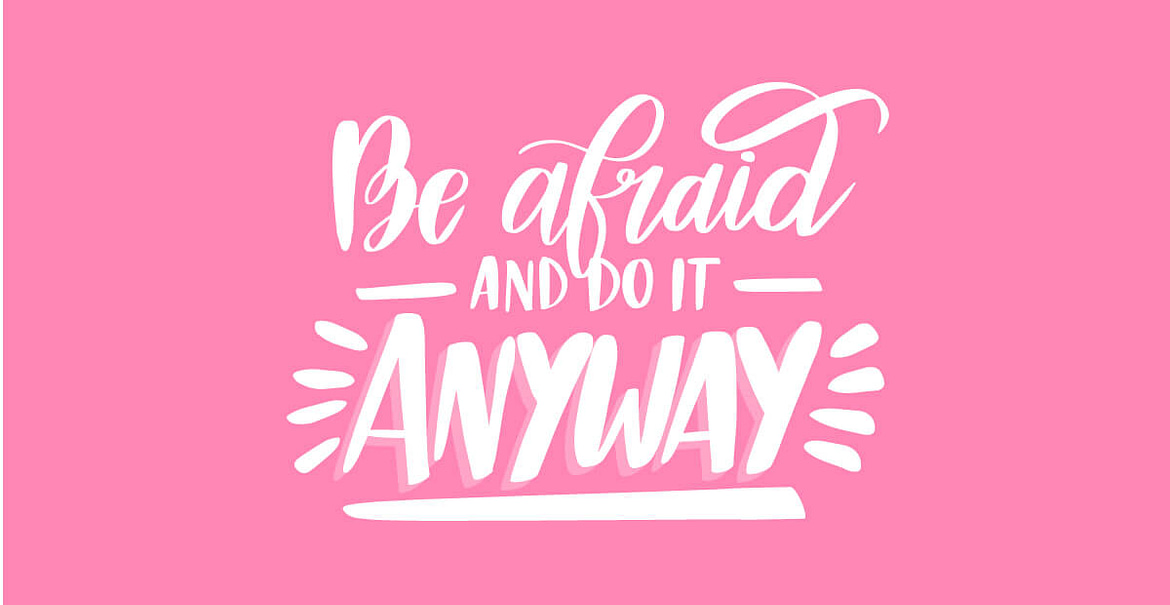 There was only one more medical thing for me to do. Andreja, meet the big needle again. Yes, I needed to give blood so they could run the test again. Only if it would get back positive again I would go on with scheduled appointments and procedures.

And then the familiar waiting period started again. Luckily they do send the confirmation results in the post and these don’t take as long.

Was I expecting them to be negative the second time? No way! I would be *****. After everything, I’ve put my family and friends through? And all my planning and research? They better not be! It turns out the lab didn’t make a mistake. Once again I tested positive for BRCA1.

As I’m writing this I’ve already had all my consultations and tests required for my surgery. I believe this is it until I get the call. Unfortunately, they don’t let you know when exactly the surgery is going to be, so I’ll be doing a lot of nervous waiting for my phone to ring. It could be a few weeks or a few months.

In the meantime, I’ll be physically and mentally preparing myself for surgery and try to get as much work done as I can. Being your own boss really isn’t the best thing in this case. I’ll also be writing this blog, of course.

I will tell you all about my decision process, why I decided to have a mastectomy and a salpingectomy, and why and how I decided not to have a reconstruction. Along with everything else that may pop in my head.

I hope you stick with me! 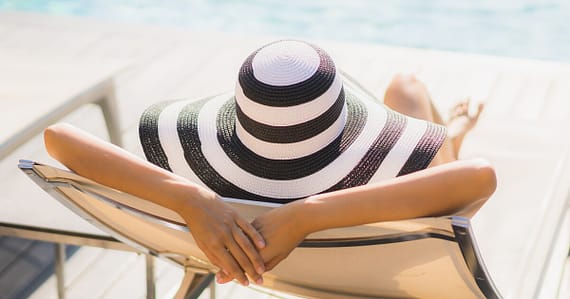 Skin cancer is the most common cancer in humans, so sun protection is crucial. But what if we add genetics and mutations in BRCA genes to that? 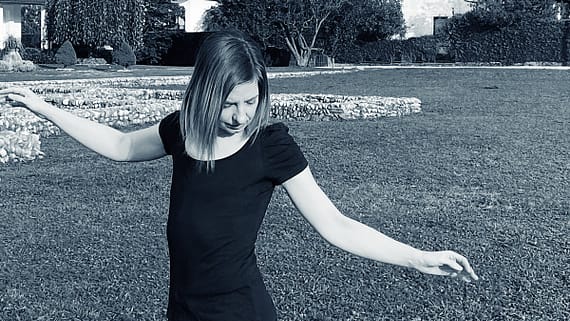 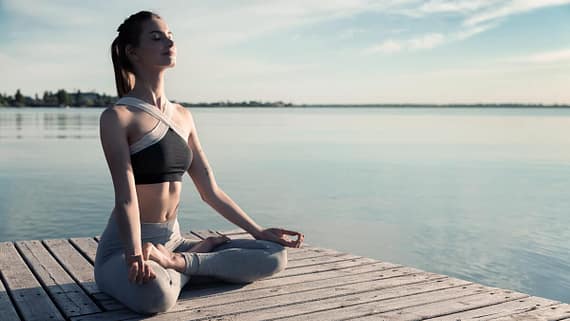 After mastectomy muscles get stiff and tight and you need to practice to stretch and loosen them. These are my favorite yoga poses to open up my chest and stretch the entire upper body.

@betterthanbrca
May 8 - World Ovarian Cancer Day 🎗 Please be a 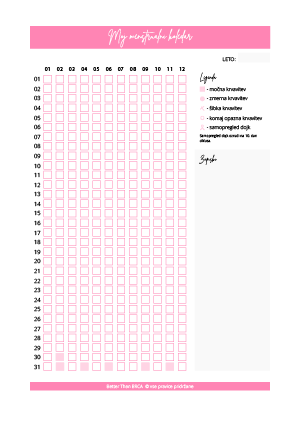