What is BRCA (the breast cancer gene) and ten other facts you need to know about genetic breast cancer and how it could affect your life?

The true cause of breast and ovarian cancer is not known, as it is usually a combination of our lifestyle, genes and the environment we live in. But, most women who have breast or ovarian cancer do not have a family history or a known gene mutation.

It is estimated that less than 1% of the general population has a mutation in the BRCA1 or BRCA2 genes, and up to 10% of women and 20% of men diagnosed with breast cancer have a mutation in one of these genes.

Occurrence is higher in individuals of Ashkenazi Jewish descent, who have a 1 in 40 chance of having a BRCA mutation.

Risk of hereditary breast and ovarian cancer is low! Less than 1% of general population has a mutiation in the BRCA1 or BRCA2 genes.

BRCA1 and BRCA2 genes provide instructions for making a protein that acts as a tumor suppressor and helps to prevent cells from growing and dividing too rapidly or in an uncontrolled way. BRCA1 and BRCA2 proteins are involved in repairing damaged DNA.

Most BRCA1 and BRCA2 gene mutations produce less or nonfunctional proteins and as a result, less of this protein is available to help repair damaged DNA or fix mutations that occur in other genes. As these defects accumulate, they can trigger cells to grow and divide uncontrollably to form a tumor.

There’s not one mutation of a single gene, but thousands and new mutations still get discovered. The DNA sequence of a gene can be altered in different ways, which is why mutations have different effects on health, depending on where they occur and how (or if) they alter the function of essential proteins.

Not all genetic mutations increase susceptibility or predisposition for a disease.

It’s important to know that not all mutations are pathogenic, meaning they don’t always increase your susceptibility or predisposition for a disease. Some pathogens are more common in certain geographic areas or for people of certain descent (like people with Ashkenazi Jewish ancestry).

#4 Are you at higher risk for BRCA gene mutations?

Some people have a higher risk of a BRCA gene mutation than others. You may be at increased risk for a BRCA1 or BRCA2 mutation if your family history includes:

If you’ve had breast cancer before the age of 50 or have relatives who did, you are at greater risk for a BRCA mutation.

You may have a higher risk for a mutation if you’ve had:

These factors are also considered when deciding for genetic counseling. In Slovenia, you can’t get genetic testing for BRCA if you don’t meet one of these criteria (although, the age limit is 45, not 50).

Also worth mentioning: it’s best to test the person who already has (or had) cancer, before testing their healthy relatives.

Women without a genetic mutation only have up to 10% chance of getting breast cancer by the age of 75.

Chances of developing ovarian cancer in their lifetimes are much higher for women with BRCA1 mutations (35-60%) than with BRCA2 (12-25%). Ordinary women without gene mutations only have a 1.6% chance of the disease.

Women with BRCA mutation have up to 90 % chance of getting breast cancer and up to 60% chance of ovarian cancer.

60% to 80% of women with the BRCA1 mutation have triple-negative breast cancer. Triple-negative means that the three most common types of receptors known to fuel most breast cancer growth (estrogen, progesterone, and the HER-2/neu gene) are not present in the cancer tumor.

#9 You can inherit BRCA gene mutation from either parent

It is a myth that only women are carriers of the BRCA gene mutations. Men and women have BRCA genes and every person inherits one copy of a gene from each parent. This means that either mother or father can pass on the gene mutation to their children, regardless of the child’s sex.

You can inherit get BRCA gene mutation from your mother or your father.

BRCA mutations are inherited in an autosomal dominant pattern. They don’t skip a generation and one copy of the altered gene is enough to increase a person’s chance of developing cancer.

#10 Surgery is not the only option for BRCA carriers

Having a bilateral mastectomy and having your ovaries and/or fallopian tubes removed is not the only option. If you have a BRCA gene mutation, you can opt for regular screenings (MR or mammography) and other preventative measures (like having certain cancer markers checked). This probably depends on the country you’re living in and your health insurance, but there are always options. The options available to you should be presented to you during your genetic counseling.

#11 Not everyone with the mutation will get the disease

It is important to know that with inherited BRCA mutation you only inherit an increased likelihood of developing cancer, not the disease itself. Around 20-30% of people with BRCA gene mutations never get breast or ovarian cancer.

If you’re considering irreversible preventative measures, this is one of the things you need to keep in mind.

BRCA and me: genetic testing that changed my life

BRCA and me: genetic testing that changed my life 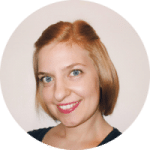 I went through double mastectomy to lower my chances of getting breast cancer after BRCA diagnosis.
Andreja

Fortress of solitude: the adventures of self-isolation

BRCA journey: a lot can happen in a year

How and why I decided to get a mastectomy?